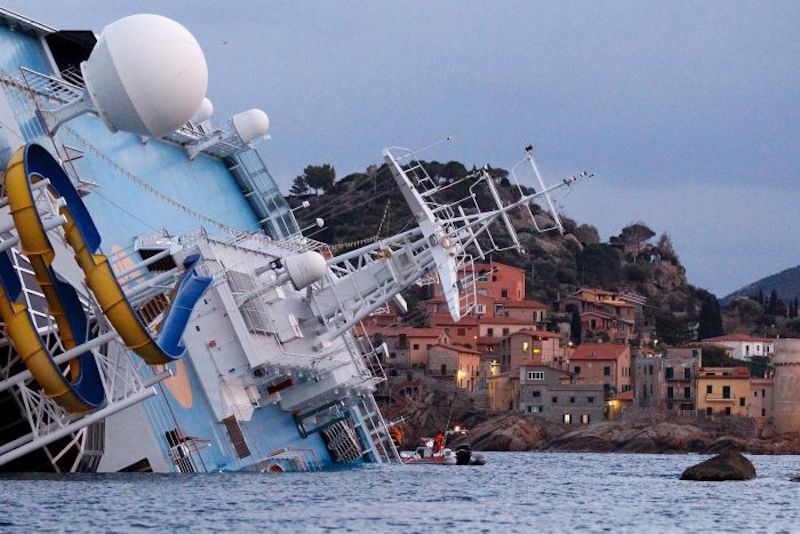 The former captain of the Costa Concordia cruise liner has been sentenced to 16 years in prison by Italy's highest court for his role in the 2012 shipwreck, which killed 32 people off the Tuscan holiday island of Giglio.

Francesco Schettino was originally found guilty in 2015 of manslaughter, causing a shipwreck and abandoning his passengers.

The ruling marked the end of the appeals process, with the court upholding the initial verdict.

Free during the prolonged legal battles, Schettino, 56, reported to a Rome prison to start his sentence as soon as he was told of the verdict, his lawyer Saverio Senese said.

Mr Senese added that his client had waited for word of his fate alone outside the prison gates rather than stay at home with his family in southern Italy.

"Finally, Schettino begins to pay for his wrongdoing," Michelina Suriano, one of the lawyers representing passengers said after the ruling.

The Costa Concordia was carrying more than 4,200 passengers and crew when it hit rocks off Italian island Giglio on a January night.
The collision tore a hole in the ship's side and it eventually keeled over.

Schettino was lambasted by the Italian media and branded "Captain Coward" for leaving the stricken ship while a chaotic night-time rescue operation was in full flow.

Critics accused him of bringing shame to the whole country through his actions.

At his first trial prosecutors had asked for a 26-year term.

Schettino's legal team considering an appeal
Schettino admitted some responsibility but denied blame for the deaths that occurred during the evacuation and said he was not solely to blame.
His lawyer said he might appeal to the European Court of Human Rights. "I think there have been serious abuses here," Mr Senese said. "I never give up."

Investigators severely criticised Schettino's handling of the disaster, accusing him of sailing too close to shore to perform a spectacular "salute" to Giglio for the benefit of the ship's head waiter, who came from the island.

Schettino was also accused of delaying the evacuation and abandoning his ship prematurely.

He said he had been thrown off the vessel as it tilted and had landed on the roof of a lifeboat.

Humiliatingly, a furious coast guard official had to order him to return to his ship and take charge of the rescue.

He was left alone on the stand to answer for the disaster after the ship's owner, the Costa Cruises subsidiary of Carnival Corp, paid a fine of 1 million euros ($1.3 million at the time) and prosecutors accepted plea bargains from five other officials.

The massive, rusting hulk of the Costa Concordia was left abandoned on its side for two-and-a-half years before it was towed away in the most expensive maritime wreck recovery in history.

The last body was not recovered until 2014.

Schettino's defence team contended that he prevented an even worse disaster by steering the ship close to the island as it sank.