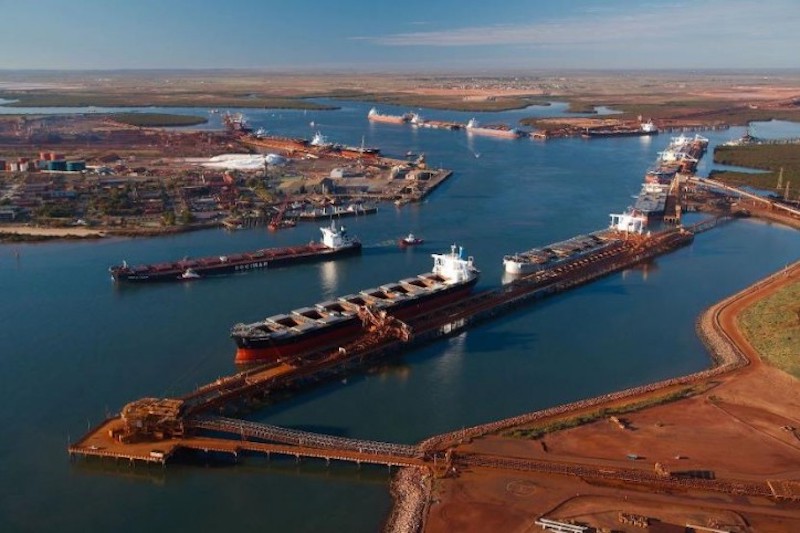 It includes a command and control system integrated with advanced radar, long-range closed circuit television and voice radio technology to safely guide thousands of ships in and out of port.

Port Hedland is affected by large tidal movements, a challenge for shipping and enhancing the need for precise technology.

The VTS is part of a $70.7m investment by Pilbara Ports Authority in a new Integrated Marine Operations Centre.

“The incredible volumes being exported through Port Hedland, combined with its unusual geography and tidal conditions, presents a massive challenge to Pilbara Ports Authority and one which AMSG is proud to deliver a technical solution for,” Mr Sugarman said. “Vessels up to 340m in length have to be guided through a narrow channel to reach Port Hedland – a vessel leaves the port every 30 minutes during a tidal sailing window of four to five hours,” he said.“The safe and efficient movement of ships is absolutely critical to ensure Port Hedland can operate 24 hours a day, 365 days of the year – while ensuring maximum export opportunities.”

Some 460.4m tonnes of total throughput was exported through Port Hedland during the last financial year, according to PPA.

“Pilbara Ports Authority has a strong focus on continuous improvement and looks forward to commissioning the world-class VTS system to help manage thousands of vessel movements at the port each year,” said Captain Finch.

The new system is to be commissioned after construction of the Integrated Marine Operations Centre late next year.

The core of the system has been developed using the premier Saab V3000 Command and Control VTS Software, deployed at ports, including Shanghai, Hong Kong and Rotterdam as well as Darwin and Fremantle in Australia.

The system is to be designed, built and tested at the AMSG Brisbane factory, then moved to Western Australia for installation.

According to a joint statement, the new contract strengthens the partnership between AMSG and the Port Authority, after AMSG designed and commissioned the VTS at Dampier.