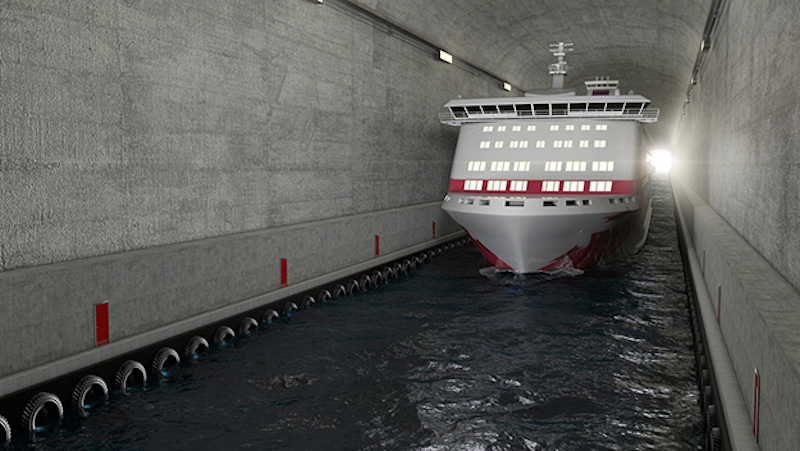 The world’s first ship tunnel under a mountain is to be built on the remote western coast of Norway after a national debate lasting more than a century.

Ministers have given the green light for the Stad tunnel that will be blasted through a mile of rock at a cost of about $AU419 million.
The tunnel, which is likely to take a decade to build, will mean that ships can avoid navigating around the Stad peninsula, where 33 lives have been lost in stormy seas since the end of the Second World War.

Instead of braving the worst of the weather, freight and passenger ships will be able to sail directly between the Norwegian Sea to the north and the North Sea to the south while remaining within fjord waters.

While journey times will not be affected, the tunnel will allow safe passage all year on the essential shipping route between the coastal cities of Bergen and Alesund.

The decision to go ahead was taken by Norway’s coalition parties, Bergens Tidende newspaper reported, after more than a dozen studies analysing the benefits and drawbacks of the project.

The idea was first proposed in a newspaper article in 1874, triggering a long argument about the merits of alternative options, such as a rail link, or of simply allowing ships to battle round the peninsula in the highest winds, which can reach hurricane-like force anywhere off the Norwegian coast. 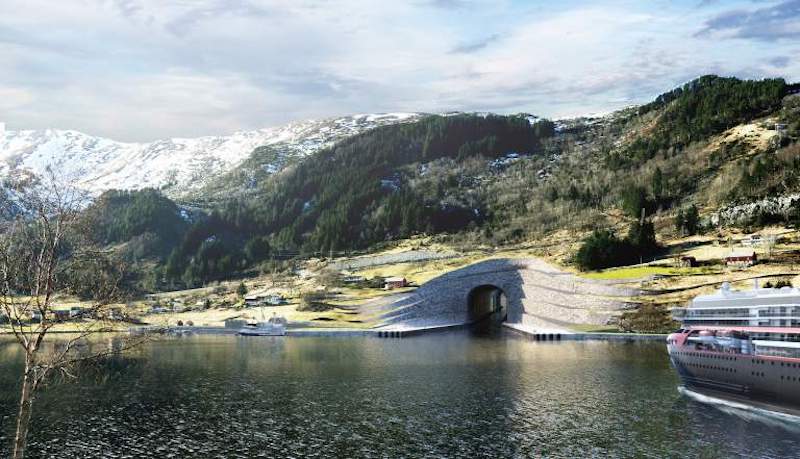 Bjorn Lodemel, an MP for the Sogn and Fjordane region that includes the peninsula, said the decision was historic. “It will provide a safe journey around Stad, laying the foundation for the region’s industrial development and establishment as a world-class tourist destination. It will also facilitate the shifting of more transport from road to sea.”

When it is completed, possibly in 2029, the tunnel, built under a 645-metre mountain will be 45 metres high, 36 metres wide and 1.7 kilometres long. It will be able to accommodate 16,000-tonne freight and passenger ships in water 12 metres deep.

Norway has a reputation as the world leader in tunnelling, having overseen the world’s longest road tunnel, the Laerdal, also in the western region northeast of Bergen, at just over 15 miles long.