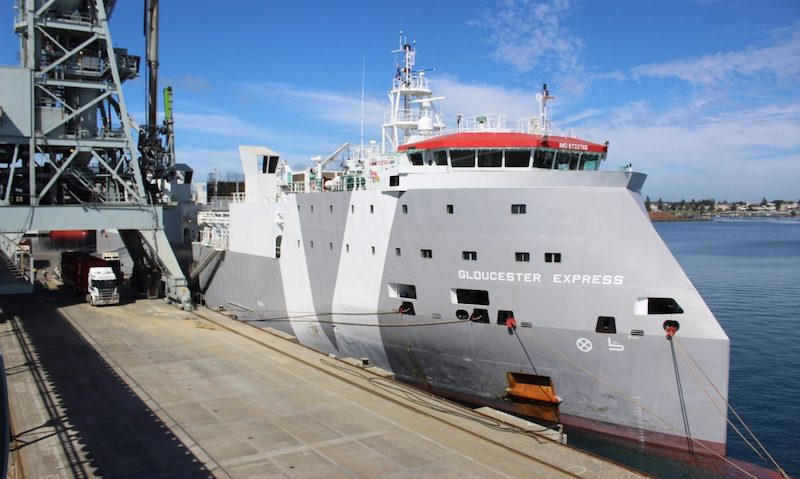 The consignment of 1200 cattle will be delivered to Shidao in the northern Shandong Province, under the new health protocol agreement for feeder and slaughter cattle signed between Australia and China.

ALEC chairman, The Hon Simon Crean, said the opening up of the China market for feeder and slaughter cattle reflected the growing global demand for live animals as a source of protein. “This first seaborne shipment to China is a ground-breaking moment for our industry and for Australia’s entire beef sector,” Mr Crean said. “This exciting emerging market is built on the values Australia shares with China around biosecurity, traceability, welfare and an appreciation for high-quality cattle and beef. These values have been the foundation Australia’s existing exports of beef and dairy breeder cattle to China, and so it is a natural progression for the trade to now extend into feeder and slaughter categories.”

Mr Crean said the trade in beef cattle to China for slaughter was governed by the health and quarantine conditions contained in the protocol agreement and the regulatory conditions set out in the Australian Standards for the Export of Livestock (ASEL) and the Exporter Supply Chain Assurance System (ESCAS).
“Importantly, the strong commercial interest from Chinese customers for Australian cattle has been matched by their commitment to invest in purpose-built, ESCAS-compliant feedlots and abattoirs in-market, and in cooperating with Australian exporters in overseeing the early development of the trade,” Mr Crean said.
“Exporting slaughter cattle to China under the agreed health protocol requires the particular expertise and knowledge of licensed exporters – a set of skills and experience which is absolutely unique to Australia’s livestock export industry.”

Mr Crean said the scale of investment being made to capitalise on the new market, both here in Australia and in China, would boost industry confidence about the long-term significance of the trade. He congratulated ALEC member, the Northern Australian Cattle Company (a subsidiary of Elders), for its extensive preparation and collaboration with customers in China ahead of the first seaborne shipment.

“Australian exporters are always investing strategically to help secure new and existing supply chains, and that has certainly been the case in preparation for the China feeder/slaughter trade, as demonstrated by the many months of work which has gone into this first shipment,” Mr Crean said.“Collaboration between the exporter and government authorities in both Australia and China has ensured this new supply chain can operate above ESCAS standards.”

The 1200 mostly Angus cattle, sourced by Elders from producers in Victoria and South Australia, average 500 kilograms liveweight. They will be processed within 14 days of arrival in China, under the supervision of Australian livestock export specialists, with beef to be supplied to high-end retailers including restaurants and hotels.

“China’s ‘closed loop’ cattle supply chains will help ensure the highest possible health, welfare, control and traceability standards are upheld,” Mr Crean said.
“This trade will add an extra dimension to Australia’s live cattle trade because we are meeting market demand which is specifically seeking well-bred live cattle delivered to the customer for fresh, premium beef.
ensure we are playing the leading role in improving animal welfare standards in the global live trade.”