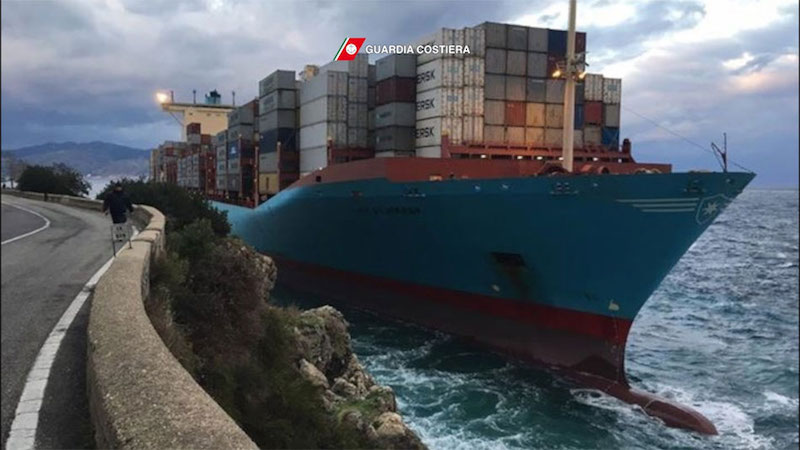 According to the local coast guard reported, the ship owned by Maersk departed from Rijeka, Croatia and was en route to Gioia Tauro in Italy when it suffered a mechanical failure and grounded in front of the village Torre Cavallo.

There was no oil spill or injuries to the crew reported, and the vessel was freed by three tugs from the ports of Milazzo and Messina.

Five hours later the vessel was free to sail to the port of Gioia Tauro with two tugs in assistance. An investigation into the cause of the incident is currently underway by the coast guard and ship registry.