South Korea’s Ministry of Oceans and Fisheries (MOF) has launched the salvage operation to recover the wreck of the Sewol ferry, which sank more than two years ago with over 300 people on board, according to Korea Herald.

The authorities expect that the vessel’s bow could emerge from the water off South Korea’s southern coast by Wednesday.

If the crews conduct the first phase of the salvage ops according to plans, the wreck,could be lifted from the water by the end of July 2016, depending on weather conditions. 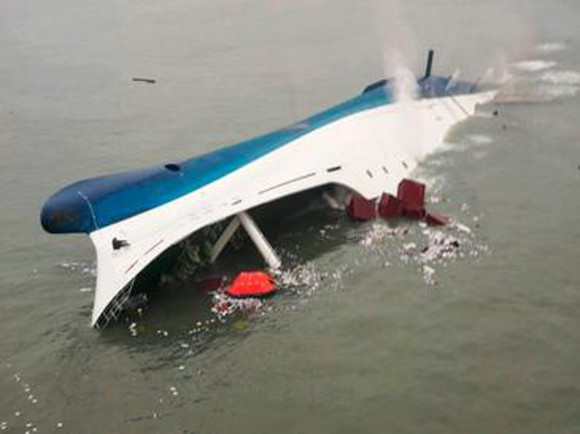 The wreck would then be transported to a port on Mokpo where the authorities are scheduled to conduct an inspection.

MOF earlier said that the 6,825-ton passenger ship would not be cut, but would be hoisted in one piece, in order to keep any remains of the still missing people inside the wreck.

The ministry added that the salvage plans included placing a net around the Sewol to prevent any bodies still trapped inside from being lost in the salvage process.

The salvage operation, being conducted by a Chinese consortium led by Shanghai Salvage, was initially estimated to cost some USD 139 million.

However, Shanghai Salvage reportedly offered to raise the 146-meter-long ferry, which sank in 44 meters of water, for around USD 75 million.

The workers at the site previously injected air into 10 tanks and installed buoyant materials, including airbags and pontoons onto the vessel to make it lighter.