Another Collision off Ningbo, China 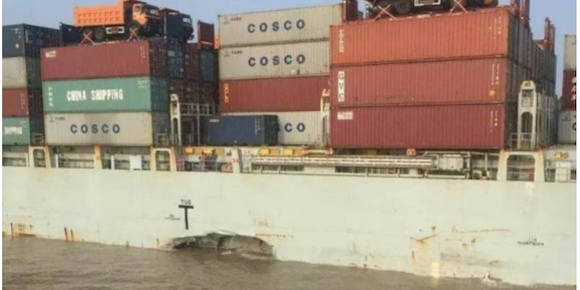 The COSCO Fukuyama was able to control the flooding and proceeded to a nearby anchorage. Reports state the boxship will enter a shipyard at Zhoushan for repairs.