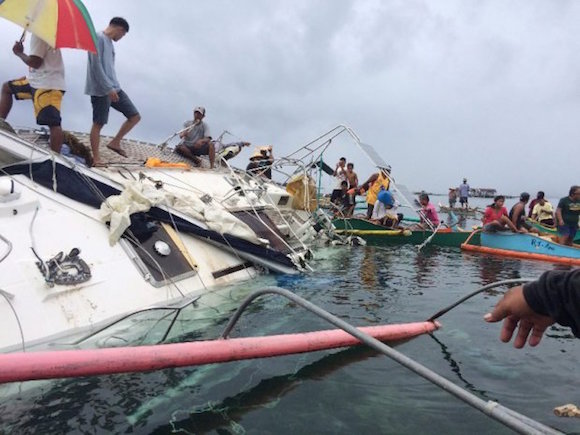 A sailor’s mummified body has been found still slumped at a desk, on a ship which could have drifted for years without a living crew. Fishermen in the Philippines found the ‘ghost ship’ on Thursday, in seas off the southern island of Mindanao.

When they opened the door of the cabin they found the German man, identified as 59-year-old Manfred Fritz Bajorat by documents on board, mummified in the spot where he died.

He sat hunched over his arms as if he was sleeping, the radio inches from his hand as if he intended to make one last distress call.No-one knows how long he drifted for in this condition, but the last time someone remembered seeing him was 2009. 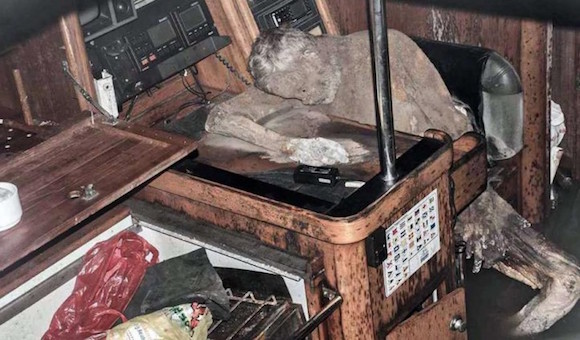 His body is believed to have stayed so well preserved due to salty air, hot weather and dry winds.

Inspector Mark Navales from Barabo town close to where the ship was found said there were no signs of violence, but they still didn’t know why he died. ‘It is still a mystery to us,’ he said.

Inside the 40 ft yacht, called Sayo, investigators found a GPS system, photo albums, tins of food and clothes scattered around.

A fellow sailor called Dieter, who met the dead man in 2009, told Germany’s BILD newspaper: ‘He was a very experienced sailor. I don’t believe he would have sailed into a storm. I believe the mast broke after Manfred was already dead.’

The German embassy in the Philippines is working to try and trace his relatives.