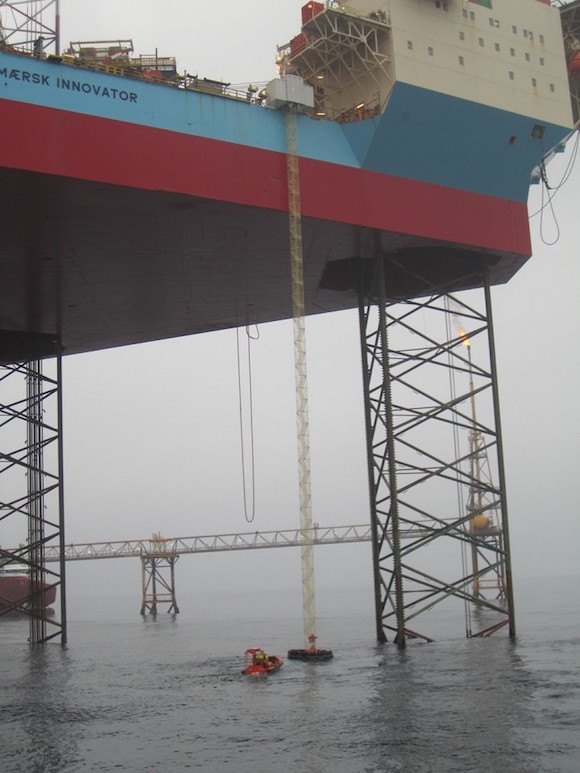 Two of the new 81 m systems have already been installed on newbuild jack-up rig Noble Lloyd Noble, under construction at Jurong shipyard in Singapore and due to be completed this year.

Despite an arms race of new drop records in the maritime safety industry, the height of the newest rigs exceeds that which is possible with enclosed davits and lifeboats, says Viking.

“Developing something of this height was not easy,” Ellertsen continued. “In fact, just finding an offshore structure of the right height for testing was difficult. But even though we were facing a demanding schedule, developing, testing and manufacturing a never-before-seen system in record time, we were confident the effort would succeed.”