Piloting on the Yangtze River

Weather conditions are often a major issue for deep sea shipping on the Yangtze downriver of Nanjing.

A few weeks ago I was attending a ship loading cement in 2t bags at Conch’s private facility at Yangzhou. The ship ahead of ours was the Swiss-owned 37,000dwt WESTERN LUCREZIA loading bulk cement for Singapore.
The river there is less than a mile wide and the relentless local traffic heading upriver to Nanjing and beyond hugs the northern bank – you can almost reach out and touch some of the large barges as they glide past.

On the morning of 17 April Western Lucrezia was ready to depart with tugs made fast. Problem was finding a gap in the traffic to pull out into midstream and swing 180 degrees in order to proceed downriver. The local traffic doesn’t stop for anyone, especially on a flood tide.

The first photo,above, was taken looking astern from our ship shows the traffic heading upriver. 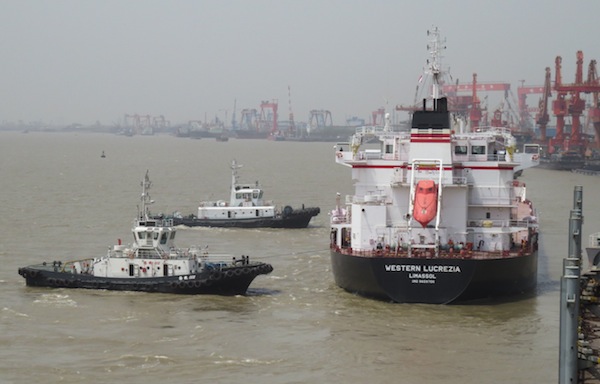 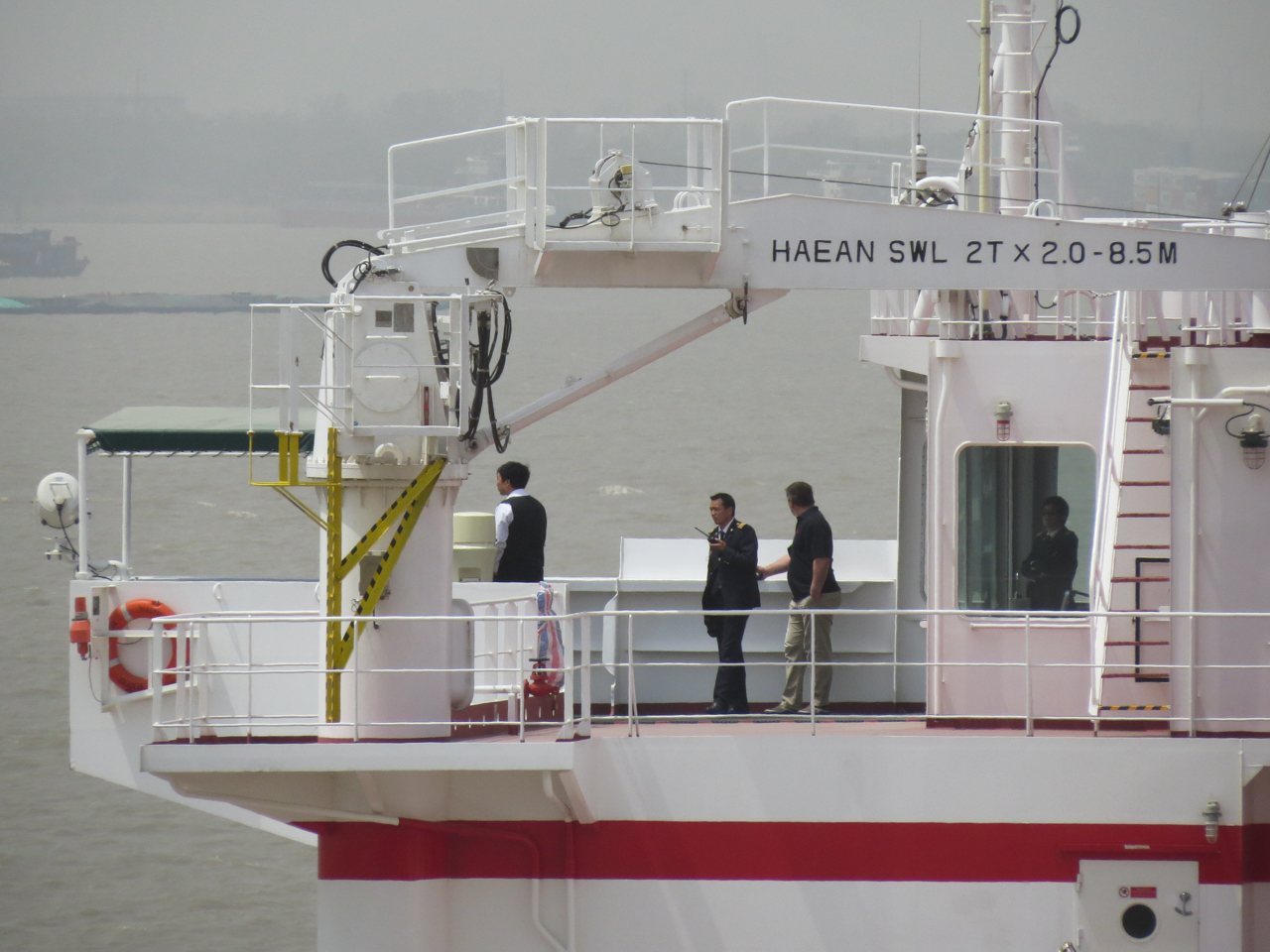 The 3rd photo shows the 3 Chinese river pilots plus the ships master surveying the traffic situation.

The vessel then did a very quick 180 before the next barge arrived!

Luckily this was manoeuvre was done on a good visibility day – about as good as it gets on the Yangtze. Much of the time the visibility is only a few hundred metres.

The river pilots really do earn their meagre wages. I’ve noted there always appears to be 3 pilots, a senior and junior but not sure about the 3rd – maybe observer/mentor. And they all have their laptops with electronic charts!