The restoration of the only surviving ship from the World War One Gallipoli campaign is to be completed using crowdfunding.

The National Museum of the Royal Navy is hoping to raise £19,150 to help finish the £2.4m project.

The one-month crowdfunding appeal aims to gather small donations from a large number of people.

The museum and Hampshire County Council have worked to develop the conservation project, which was awarded a grant of £1.8m from the Heritage Lottery Fund last year. 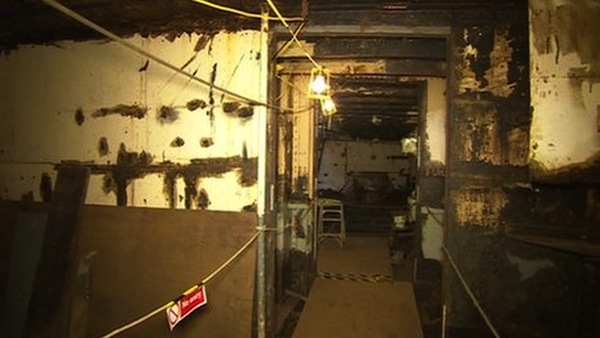 A museum spokeswoman said: "She carried two powerful and oversize 6-inch guns but was a basic metal box lacking in comforts.
"The 72 officers and men who sailed for the Gallipoli campaign were crammed inside and away from home for over three years."

The aim is to open the 100-year-old vessel to the public for the first time on 6 August.

It will form the backdrop to one of three events being commemorated nationally to mark the centenary of the Gallipoli campaign, which was fought between April 1915 and January 1916 in what is now Turkey.

More than 100,000 personnel from around the world lost their lives.

The 568-tonne, M29-class monitor has a shallow hull, which allowed it to get closer to shore to fire at land targets. 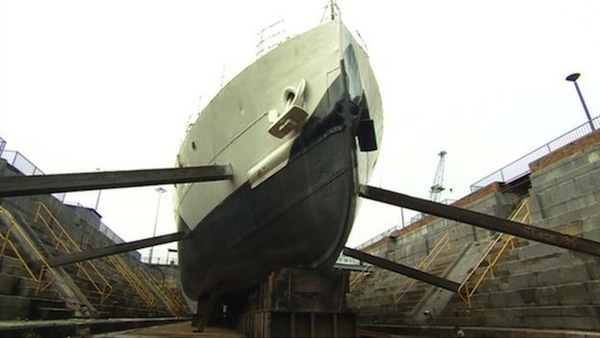 Matthew Sheldon, project director for the M33 launch, said there were a "number of benefits" for those donating to the crowdfunding appeal, including free tickets and special tours of the ship.

The crowdfunding target represents less than 10% of the remaining £250,000 being raised by the museum to complete the project.

The M33 project is part of the museum's wider Great War At Sea 1914-1918 programme to mark the Royal Navy's World War One.

It will be accompanied by a special exhibition, called Gallipoli: Myth And Memory, which opens on 28 March.